Ethanol is grain alcohol and is the same substance as is found in alcoholic beverages. When used as automotive fuel it is denatured, usually by adding 5% gasoline, to make it undrinkable. Most current ethanol production is corn-based but ethanol can also be made from other grains, sugar, and starchy vegetables such as potatoes. 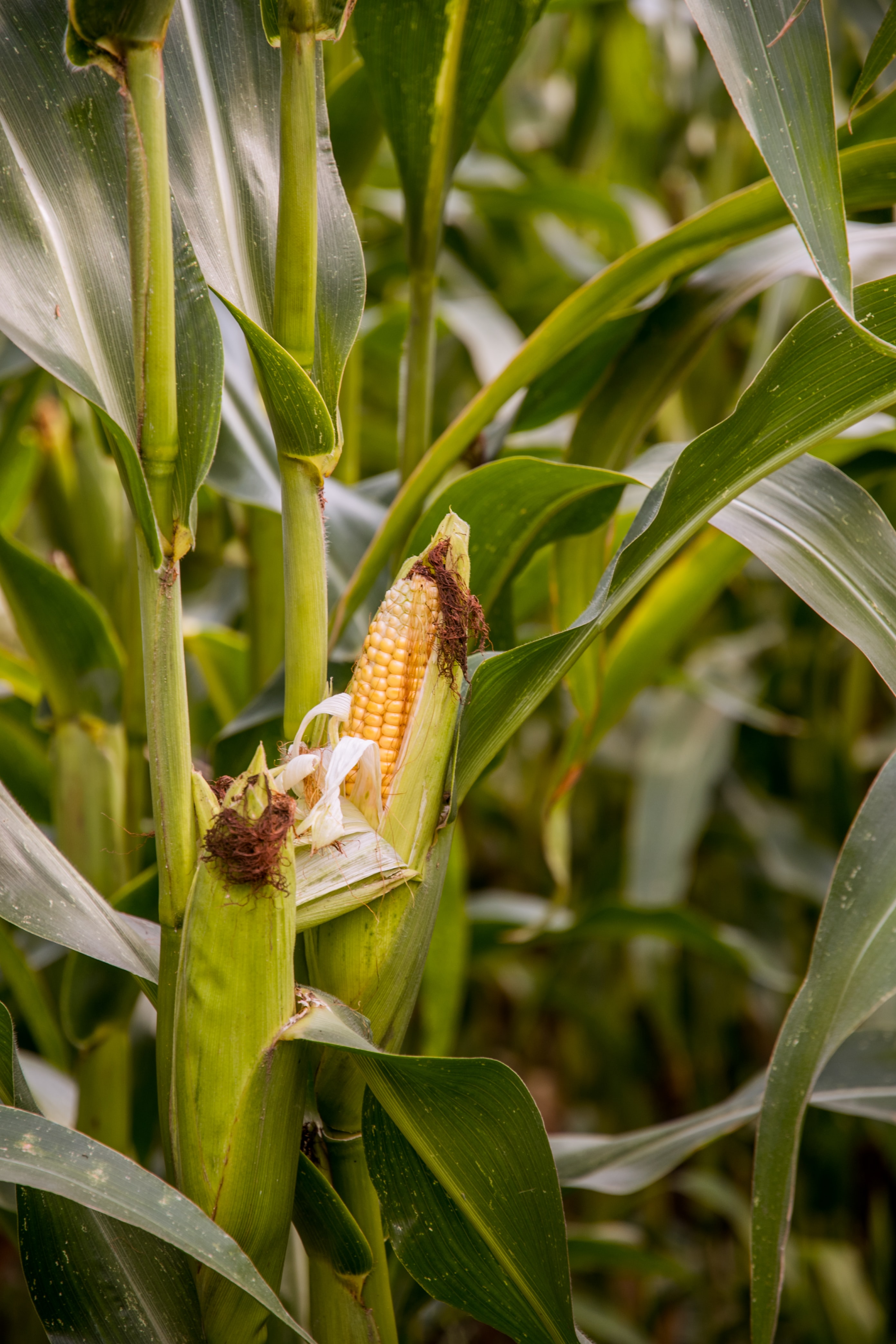 Photo by Katherine Volkovski on Unsplash

Ethanol, along with other renewable and alternative energy sources, has sparked great interest among consumers and industries concerned with global climate change, rising gasoline prices, and the dependence of the US on imported oil. The ethanol industry, after years of languishing, is emerging as a real energy provider, having tripled its production from 2.13 billion gallons in 2003 to 6.48 billion gallons in 2007.1

Ethanol is grain alcohol and is the same substance as is found in alcoholic beverages. When used as automotive fuel it is denatured, usually by adding 5% gasoline, to make it undrinkable. Most current ethanol production is corn-based but ethanol can also be made from other grains, sugar, and starchy vegetables such as potatoes. The process for producing ethanol converts starches into sugars, which, in turn, are fermented. There are two ways to distill corn into ethanol, dry-mill and wet-mill. The figure below illustrates the dry-mill process.

By the end of 2008 in Texas there will be approximately 500 million gallons of ethanol production brought on line.3 Of the 300-400 ethanol-related jobs that will be created, about 30-40% will be in technical fields related to plant operations and the remainder will be comprised of sales, human resources, administration, and management.

According to Nebraska’s Ethanol Training Production and Management Project (ethanoltraining.org), those jobs requiring bachelor’s degrees have salaries ranging from $40,000 to $100,000, those requiring associate degrees have ranges from $30,000 to $60,000, and jobs requiring training certificates range from $25,000 to $50,000.

A recent review of ethanol job industry postings found 174 open positions. Only six of these postings were located in Texas and were related to construction, logistics, business analysis, and business development. Only one posting for a controls technician requiring a four-year degree and ten years of experience in chemical and petrochemical manufacturing experience mapped well to ethanol.

For a snapshot of the types of technically-oriented jobs for which there could be demand in Texas if the ethanol industry continues to expand, below are two listings for jobs in other states with a more established ethanol presence:

Ethanoltraining.org provides a number of resources related to jobs available in the ethanol industry and training and skill sets requirements as well as mapping out the educational pathway from high school to post-secondary training, proposing a way for high school curricula to articulate with advanced training.

The growth of the industry as well as a related policy development bear watching. The Energy Security Act, enacted in December 2007, increased in the renewable fuel standard to 36 billion gallons of annual renewable fuel use by 2022, 60% of which will come from advanced biofuels. According to the Renewable Fuels Association 16B of the 36B will come from cellulosic ethanol, which is a much better fit with Texas’ resources and current research programs.

As in previous cycles, the rising cost of oil is making renewable energy sources such as ethanol more economically feasible. Environmental concerns may lead to stricter emissions controls and a system of carbon credits, further boosting investment into alternative energy sources. Technological improvements are also generating increased efficiencies. As ethanol production moves away from corn to other feedstock, including algae and particularly cellulosic inputs such as crop wastes, ethanol may become a better option for economic and job development across the state.

Texas is not an ethanol production leader and ranks 10th behind Iowa, Nebraska, Illinois, Minnesota, South Dakota, Indiana, Ohio, Kansas, and Wisconsin.4 Most ethanol production occurs near the feedstock cultivation site and as such most of Texas’ burgeoning ethanol industry is located in the Panhandle.

Ethanol has drawn a great deal of media attention due to the relationship between ethanol production and rising food prices. Recent studies also claim that the net energy gain of ethanol is negative, meaning it takes more energy to produce ethanol than it yields and challenging the renewability and sustainability of ethanol as a petroleum alternative. There is no scientific consensus on these debates.

Finally, unlike biodiesel, ethanol cannot piggy back on existing pipeline infrastructure because of alcohol’s tendency to absorb water and contaminants from inside a pipeline. Ethanol can also have a corrosive effect on pipes; therefore, it is usually distributed by truck or rail. It also must be stored differently because it is blended at the fuel dispensing site (i.e. more equipment needed for gas stations offering E10 or E85).

In the near term it appears there is little need for Texas colleges to develop degree or certificate programs specifically related to ethanol production. Although the current ethanol-related job opportunities in Texas at present and for the near-term are limited, the industry is growing steadily both in Texas as well as in better known ethanol centers such as Iowa and Nebraska.

Northeast Community College (Nebraska) will launch a seventeen-hour renewable fuels technology certificate program in Fall 2008. The curriculum will include ethanol process fundamentals, mechanical pump fundamentals, piping and instrumentation diagrams, fundamentals of electricity for renewable fuels, laboratory instrumentation and control, and microbial ecology. The certificate program, which will articulate with a planned two-year associate degree, is part of a larger education and outreach effort including six Nebraska colleges and funded by a $2M federal grant. Colleges will eventually offer a full associate degree in Applied Science in Ethanol Production and Management with online course options.

Central Carolina Community College (North Carolina) will offer an associate degree in biofuels in Fall 2008 and the curriculum will include biofuels analytics, biofuels waste management, chemistry, electrical control systems, welding, bioprocessing practices, and small business development. Graduates of the degree program will be prepared to take employment as plant technicians, plant managers, lab technicians, process coordinators, and business owners. The program is supported by $140,000 in grants to develop the curriculum and a $3.8M grant to build a classroom and lab facility.

The world of automotive repair and maintenance is always changing due to constant technological advances, both mechanically and through increasing involvement with computers.

The integration of medical technologies with hospital information systems is increasing exponentially as medical monitoring, diagnostic, and therapeutic devices are tied to the hospital enterprise network. An increasing number of biomedical engineering departments today are now under the management of IT departments, reporting to the chief information officer or vice president of information services. Opportunities exist for certificate programs to better prepare graduates for these specialized positions and to enhance the skills of working professionals.