Wind energy production will grow sharply over the next 10 years and the demand for skilled wind turbine technicians will also increase. 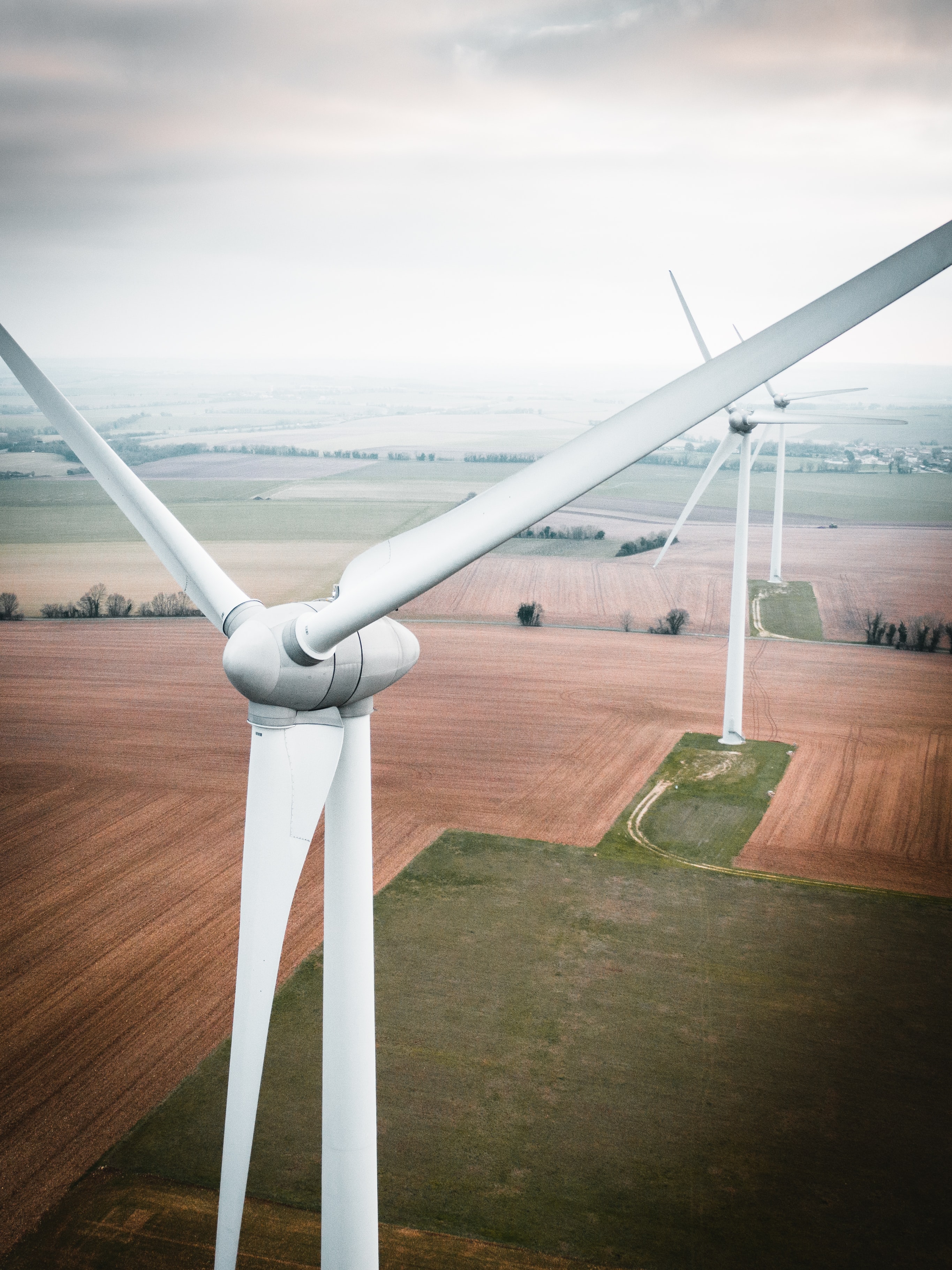 Photo by Gonz DDL on Unsplash

Currently, no Texas community or technical colleges (Colleges) offer a Wind Turbine program, however, multiple Colleges have expressed an interest in creating such a program and curriculum development funds would help facilitate and expedite these efforts.

We are going to do something for sure as either an advanced skill degree or a track within an existing program. –Jerry Fredrick, Texas State Technical College West Texas

There is a high degree of curriculum compatibility with wind turbine technology and existing PLC, motor control, and hydraulics. Roughly 70% of the necessary curriculum needed to create a program already existing in some fashion. Industrial maintenance or applied engineering curriculum would serve as the foundation of a wind energy track or specialization. An estimated 4 to 5 additional courses would need to be developed. Possible courses include:

In 2001, the Texas wind industry employed more than 2,500 workers and industry representatives anticipate Texas wind energy capacity could double by the end of 2007. Each wind power development employs as many as 300 people during project construction and approximately one technician is needed for every twelve turbines during operations in addition to a site supervisor and an admin for each wind farm. In terms of direct job creation, one job tends to be created for every ten turbines. The number of technicians per unit changes based on the relative size and complexity of wind turbines.

There are more advanced technologies being incorporated into turbines. This increased complexity is one of the reasons the ration of turbines to technicians has changed and the reason there is a need for specialized wind turbine programs. –Al Zeitz, Iowa Lakes Community College

This ratio has reversed slightly due to self-diagnostics and more reliable operation and modern turbine farms. For example, Trent Mesa’s 100 turbines are staffed with seven technicians, one lead technician, a site supervisor, and one admin. SB 20 requires an additional 3,000 MW of renewable energy and the majority of this electricity is anticipated to come from wind turbine generators. Based on this logic, at least 1,685 additional turbines (averaging 1.75 MW) will be installed in Texas in the next several years. The total number of wind turbines would exceed 3,200 units and therefore at least 267 wind turbine technicians would be required to maintain these turbines based on a ratio of twelve to one (141 new). At the rate of current new builds, Texas could reach the 2015 target capacity as early as 2010 according to the West Texas Wind Energy Consortium.

Based on current positions, wind turbine mechanics earn $11 to $15 per hour, technicians earn from $14 to $25 per hour, and lead technicians can expect wages of $20 to $27 per hour based on experience. Iowa Lakes Community College estimates salaries in the high teens for graduates of their Wind Turbine Technology program this spring. Online job postings for wind turbine technicians range from $17-$27 per hour, consistent with interviews.

The majority of current and future wind farm installations are based in the vast West Texas region. Newer turbines are becoming more efficient and are able to work in lower winds with greater efficiency. This will result in additional wind farms closer to the Dallas and Fort Worth load centers in order to reduce losses from long distance transmission. Some additional wind turbine capacity is anticipated for the panhandle region of Texas, but this growth will be limited due to the low load capacity of this region. Wind installations are less likely for coastal regions of Texas due to potential damage from hurricanes.

Texas is already the second largest producer of wind energy in the United States (California is the first) and the passage of SB 20 by the 79th Legislature of Texas may eventually make Texas the highest producer in the nation. (A complete list of existing wind farms and publicly announced wind farm developments in the State of Texas is provided at the end of this technology brief.) Based on the MW targets set by SB 20, the amount of renewable energy production in Texas will increase steadily in the coming years, and the majority of this new production capacity is anticipated to come from wind.

The potential for wind energy generation in Texas is not limited to West Texas. “Vast areas with high wind power potential exist in Texas. Figures 1 and 2 show average annual wind power for the United States and Texas. Wind power is categorized according to Wind Power Class. Wind class 1 (light blue) denotes very light winds; higher numbers indicate stronger winds. In the United States, wind farms are presently built on tracts with winds of class 5 (orange) and higher. Technology currently being developed should make class 4 (yellow) wind regimes viable. Eventually, even class 3 (green) wind regimes are expected to be capable of supporting utility-scale ventures.“The U.S. map was assembled by the Pacific Northwest Laboratory (PNL) from available measured wind data. In many areas there were no measured data. To address this shortcoming, PNL scientists partitioned the country into thousands of uniformly sized pieces and to each piece assigned a constant value for wind class. This is what gives the map its jagged, “pixelized” appearance.

“The Alternative Energy Institute (AEI) at West Texas A&M University constructed the improved resolution Texas wind map as a refinement of the PNL map. It incorporates additional ground exposure information. A hilltop, for example, will experience stronger winds than the base of a valley. The AEI used elevation and prevailing wind data to compute exposure and reclassify wind power throughout the state.”

“While helpful, this technique is not a precise tool. Some areas on the map may, with improved data, turn out to be windier than indicated, while others may be worse. Overall, the reclassified map simply identifies promising regions in which to focus future assessment activities and development; the true potential of a specific site can only be determined from long-term, quality measurements.

“The Texas map identifies three major areas with good wind power potential: the Great Plains, the Gulf Coast, and specific ridgetops and mountain passes throughout the Trans-Pecos. The electric generation potential of the windy areas of Texas is summarized in the table below.

These values reflect exclusions for various technical and environmental constraints. The table points out that Texas contains enough class 4 resource to produce all of the electricity currently consumed in the state. Even when utilizing only class 5 and 6 lands, wind power could generate a significant portion of the state’s electricity” (Texas State Energy Conservation Office).

Texas Tech has established the Wind Science and Engineering Research Center at Reese Technology Center and recently requested $2 million to develop a wind turbine education and training center to study ways to make profitable wind farms with fewer than 10 turbines. The project hopes to incorporate smaller wind turbine installations into communities and diverse the application of resulting electricity to power water pumping and purification processes. The education center also hopes to train people to maintain and service wind turbines as the domestic workforce need continues to increase. This would make a logical articulation partner for community and technical college degree and certificate programs.

The Texas Renewable Energy Industries Association is a nonprofit organization in the State of Texas that helps establish relationships with government, increases public awareness, promotes renewable energy, and encourages ethics and standards. TREIA provides a useful inventory of existing and publicly announced wind plants in Texas and posts updates as necessary online at www.treia.org. The online member directory provides an inventory of Texas-based companies involved in renewable energy and a many of these members includes are wind energy related companies that could serve as advisory council members, employers, and industry partners.

This consortium was recently created to maximize the economic benefits of the wind turbine industry in West Texas through informative programs, regulatory and legislative monitoring, advocacy, and events. TSTC West Texas is participating in this consortium. www.westtexaswind.us.

The purpose of this project is to develop renewable energy entrepreneurs with a sense of community, place and an understanding of sustainability and to stem the export from the High Plains of youth, water and cheap commodities. The project is a consortium of two- and four-year colleges and small High Plains businesses to develop a shared set of courses and experiential learning that provides a variety of certificates that are free-standing, or may also be clustered to complete Associate or Bachelor degrees. The courses are designed to meet the needs of entrepreneurial businesses and rural community development.

Project partners from two- and four-year colleges will share courses, student mentors, and faculty to provide a wide array of courses in different areas, but especially renewable energy. Students will be organized in cohorts and will student together while enrolled in consortium colleges across the Ogallala Commons region. The curriculum will be completely modular with a core set of courses and advanced options that are each available as separate certificates, or may be bundled into a comprehensive major for an Associates of Bachelors degree.

TSTC West Texas and St. Phillips College are already conducting meetings with the Ogallala Commons, an eight state group of two year colleges. The group met Monday July 11th at TSTC Sweetwater to further the discussions on a “unified” two-year program for Wind and alternative energy in general. Texas colleges can benefit from the shared curriculum and new WECM courses should result. In addition, Texas DACUMS may be needed.

Retinal angiography, also know as ophthalmic photography, is a sub-field of biomedical photography that records the structure of the eye using specialized equipment.

The outlook is bright for biomedical equipment technicians with entry-level salaries in 2007 typically ranging from $32,000 to $42,000 annually. According to both the Occupational Outlook Handbook and professional recruiters, the future demand for individuals in this field will remain strong.